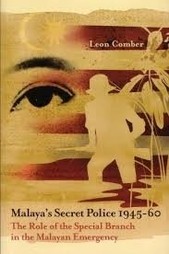 “… without the political and operational intelligence provided by the Special Branch it is not likely that the first Malayan Emergency (1948-60) could have been brought so decisively to an end, the communist insurgents defeated, and their remnants driven into southern Thailand.”

Written by a former Special Branch officer, ‘Malaya’s Secret Police’ examines the critical role played by the Malayan Special Branch in waging a uniquely effective intelligence war to defeat the communists. Click here to access the book at NLB. 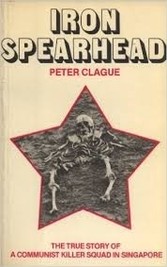 “This story traces the post-war activities of a pistol bearing the number 5094 – one of the most murderous weapons ever used by criminals… There are few guns which can rival the history of this weapon, eventually seized by the Singapore Police in April 1955.”

Pistol 5094 belonged to the notorious Iron Spearhead and his communist killers who were responsible for 13 slayings and 12 attempted murders in the 1950s. This book, about the most murderous killer squad in Singapore’s history, inspired The Age of Terror. Click here to access the book at NLB. 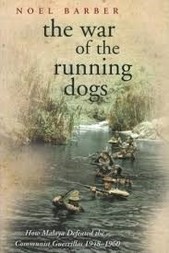 “To the shocked people of Malaya, this was a disaster of the first magnitude. If the British High Commissioner with armed escort could be assassinated in broad daylight, what would happen next, where would it all end?”

In this book, British journalist and novelist Noel Barber skilfully weaves a riveting story of how Malaya took on and defeated the communist guerrillas during the Emergency. Click here to access the book at NLB. 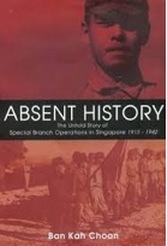 “The Special Branch was often a privileged but silent witness to the making of history. By the very nature of its work, the Branch was aware of the hidden currents and motivations that swirl beneath the placid surface of daily life…”

Absent History tells the untold story of how the Special Branch was formed and its operations in Singapore to thwart spying and subversive activities. Click here to access the book at NLB.